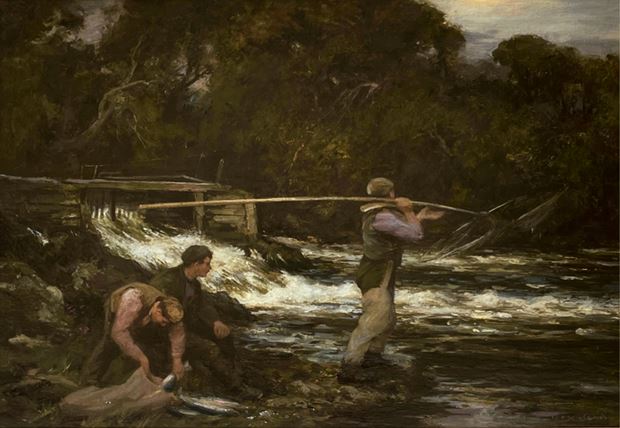 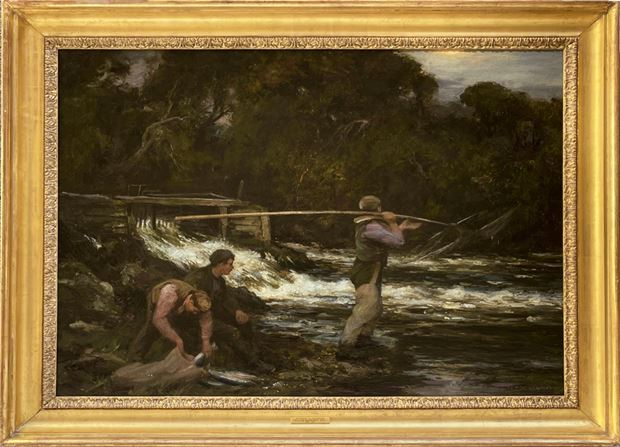 William Stewart MacGeorge was born in Castle Douglas on 1st April 1861 and the son of a shoemaker. He first studied at the local Free Church school along with his friend, the writer Samuel Rutherford Crockett (1859–1914). In 1880 MacGeorge continued his studies at the Trustees Academy in Edinburgh with fellow Galloway boys Edward Atkinson Hornel (1864-1933) and Thomas Bromley Blacklock (1863-1903); whilst there he shared lodgings with Crockett at St. Leonard Street. He was a dedicated student and won prizes during his 2nd and 3rd years, as well as exhibiting at the RSA.

In 1883 MacGeorge and Hornel both enrolled at Antwerp’s Academie Royale des Beaux Arts, where they studied under Michel Marie Charles Verlat (1824-1890). After which MacGeorge returned to Edinburgh to study at the RCA life school, before starting his professional artistic career.

MacGeorge was a naturalistic artist who divided his time between Edinburgh and Kirkcudbright. His favoured subjects were children at play, his native landscape and most notably, fishing and fisher folk. When reviewing one of his RSA exhibits, a critic of “The Studio” commented ‘One of the outstanding landscapes is Mr W S MacGeorge’s view of salmon fishers at dusk drawing their nets in the estuary of the Kirkcudbright’. He continued to exhibit regularly at the RSA throughout his career.

In 1929 he married the watercolourist Mabel Victoria Elliot (1884-1960). MacGeorge is remembered as one of the leading members of the Kirkcudbright School of Artists.

His works can be found in museums in: Dumfries, Gracefield Arts Centre and Edinburgh, The City Art Centre. 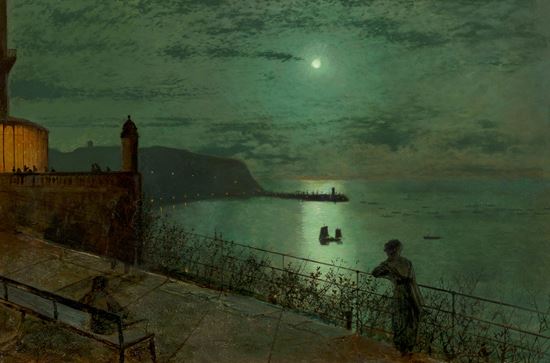