One of a pair with "Still life of flowers, fruit and a bird’s nest": 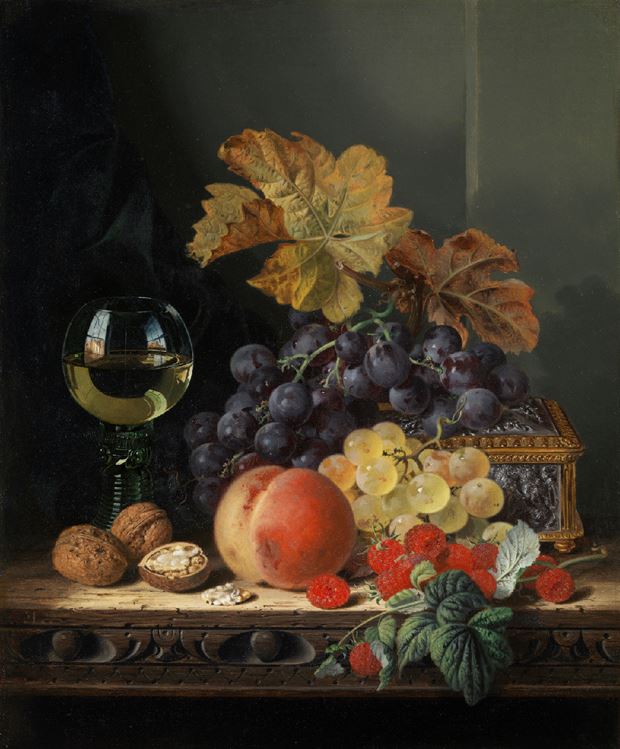 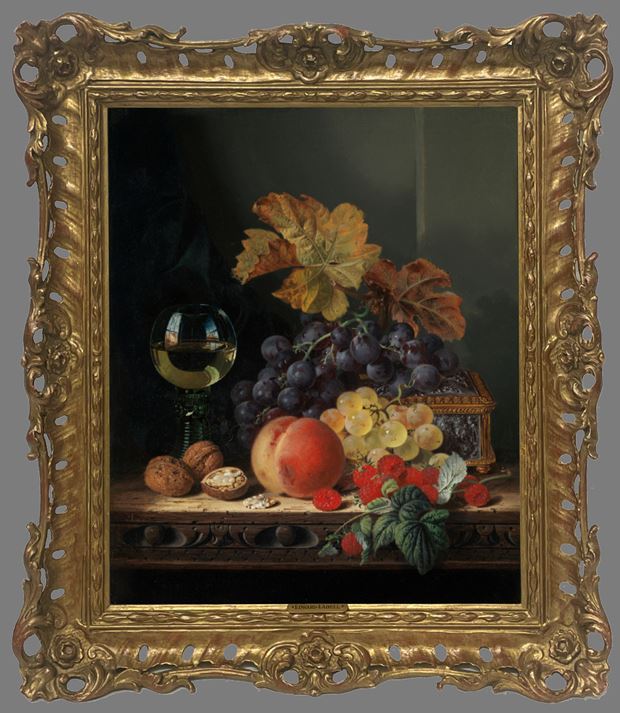 Edward Ladell was a self-taught artist who became immensely successful and the finest English still life painter of his generation. The son of a coachbuilder in Colchester, he grew up in his father’s business, turning to engraving, which developed his eye for detail, before becoming a self-taught artist. Ladell married Julianna Roone in 1848 and, following her death, Ellen Levitt in 1878, subsequently leaving Colchester for Torquay, before moving in 1879 to Exeter.

Edward Ladell exhibited at the Royal Academy between 1856 and 1886, and at the British Institution and Suffolk Street Galleries. His popularity was ensured by the growing number of collectors who held English painting in particularly high regard. Ladell’s obituary in the Evening Post Exeter, 9th November 1886 states, “he never had one (painting) on hand to dispose of as they were always eagerly bespoke by the cognoscenti in great centres of art culture”.

Ladell would regularly receive in excess of one hundred guineas for his small still lifes. His work is marked by an extraordinary degree of detail, the facility with which he depicts the bloom on grapes or plums, but above all his rendering of a wineglass, the hallmark of his finest works, a triumph of observation and technique.

His works can be found in museums in: Bristol, City Art Gallery; Colchester and Essex Museum; Exeter, Royal Albert Memorial Museum and in galleries in Harrogate; Reading and Sheffield.
Read more 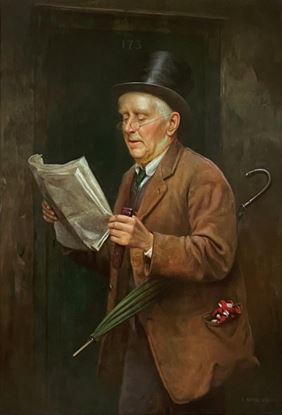 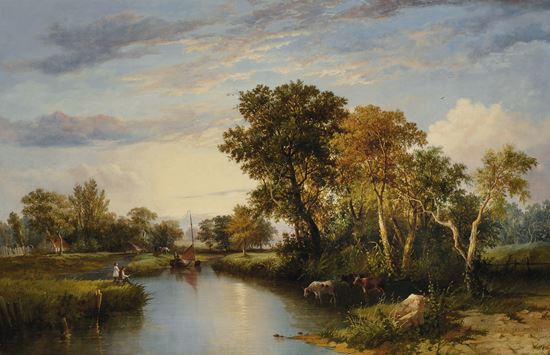 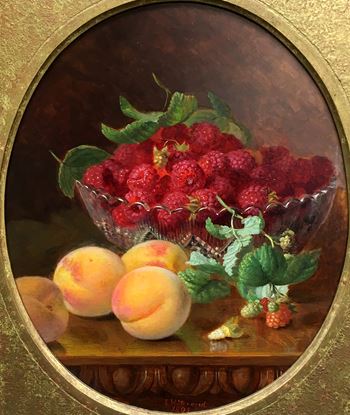