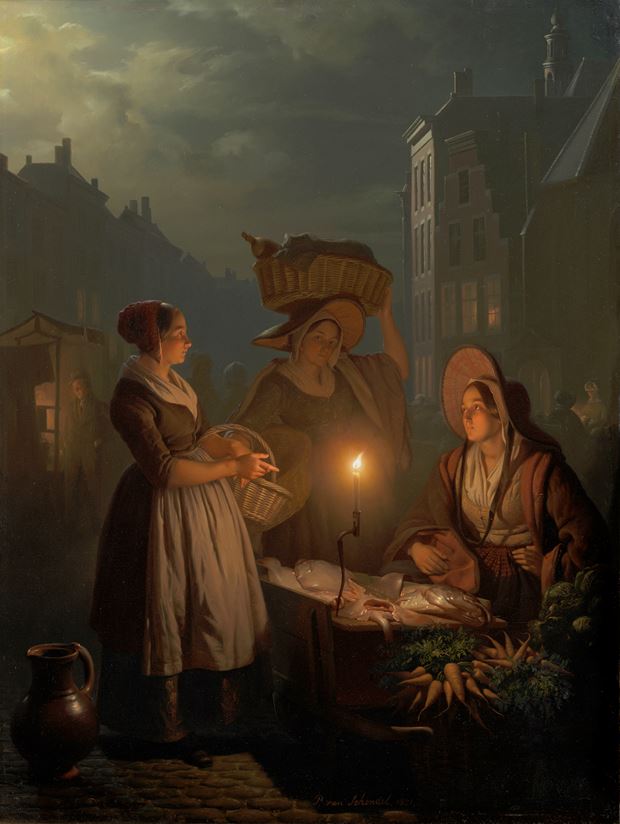 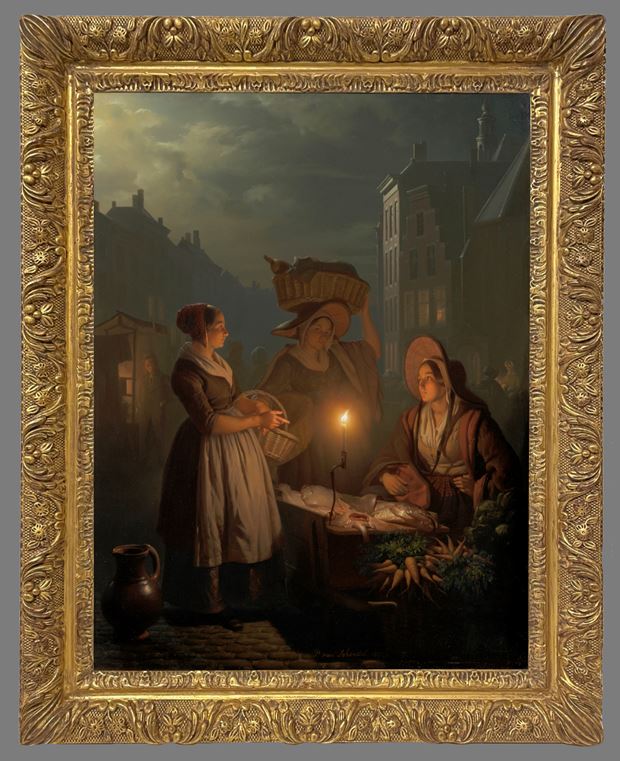 Petrus van Schendel was born in Terheyde, near Breda on 21st April 1806. He studied at the Antwerp Academy under Mathieu-Ignace van Breen (1773-1839) and worked in Antwerp until 1828 when he left for Amsterdam. He remained there through 1832 before moving to Rotterdam for six years, followed by The Hague until 1845 when he returned to Belgium, settling in Brussels. It was from this date that Schendel began to produce his trademark market scenes, works that owed much to the 17th century tradition of Dutch candlelit paintings exemplified in the work of Gottfried Schalken (1643-1706). He was a master at depicting the glow of the light itself and the varying effects of its shadows on the subject of the painting and the background to the scene, thus enhancing the overall effect.

Schendel exhibited in Amsterdam, Antwerp and The Hague between 1827 and 1867, and in 1845 won a gold medal at The Brussels Exhibition with “Market by Moonlight”. He won a further medal at the landmark 1857 Art Treasures Exhibition in Manchester with a painting entitled “A Fish Market”; he exhibited at the Royal Academy, London in 1855 and 1856. He was also a successful portrait painter of some note. One of van Schendel’s most prominent followers was Johannes Rosierse (1818-1901). 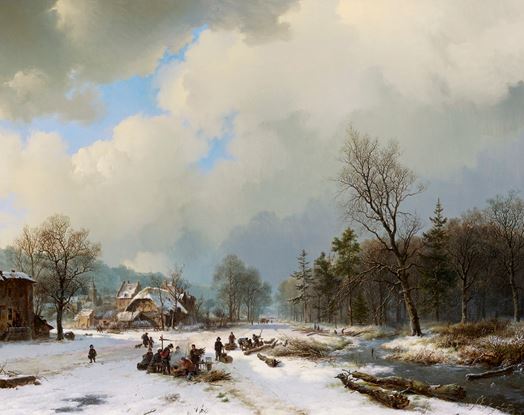