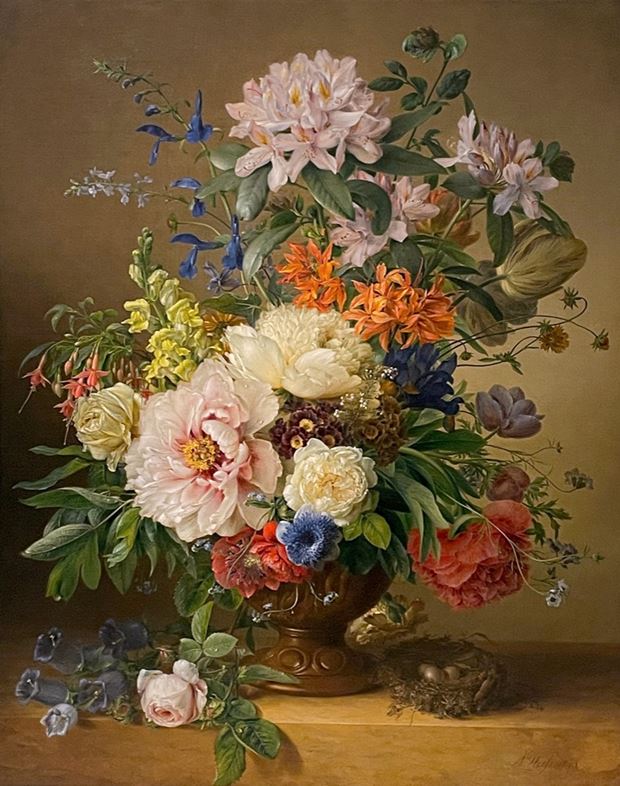 Anton Weiss was a painter of portraits and religious subjects but it was as a painter of still lifes in the great Dutch tradition for which he was renowned and that his reputation endures.

Weiss was born in Falkenau, a small town near Chemnitz in South Eastern Germany but which was in 1801 in Bohemia, part of the Austo Hungarian Empire. He was to remain in the region for most of his life.

Weiss painted altar pieces for a number of churches in the region, at Falkenau, the town of his birth and also in Weltwitz and Bürfgstein in what was then Bohemia. He also painted portrait commissions which he executed in a Biedermeier style, the height of fashion in the 1830’s and 1840’s in central Europe. However, it was as a painter of still lifes for which he was and remains best known. He was clearly influenced by Jan van Huysum (1682–1749) in whom still life painting of the Dutch Golden Age reached its zenith, he like Weiss painted floral bouquets in terracotta vases against a plain stone backdrop executed with an extraordinary level of detail and balance of colour.

Anton Weiss died, at the early age of forty-nine in the town of Böhmisch Leipa, Bohemia, now Česká–Lípa in the Czech Republic, 31st January 1851. An example of his work can be seen in Blickling Hall Norfolk, National Trust.
Read more 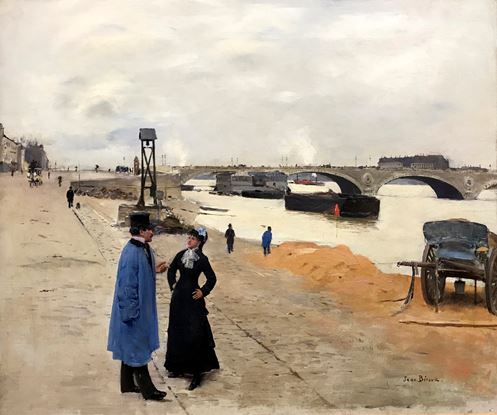 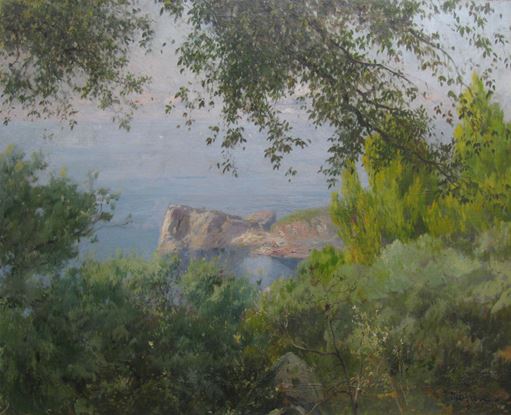 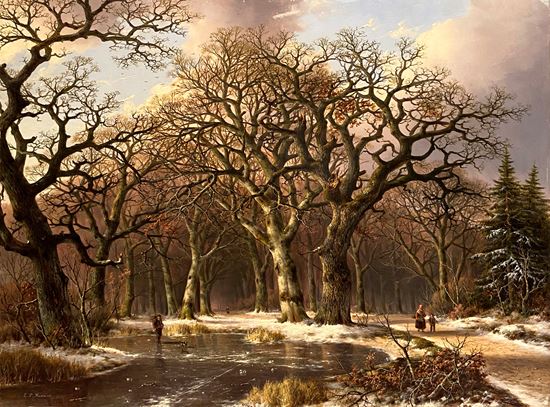