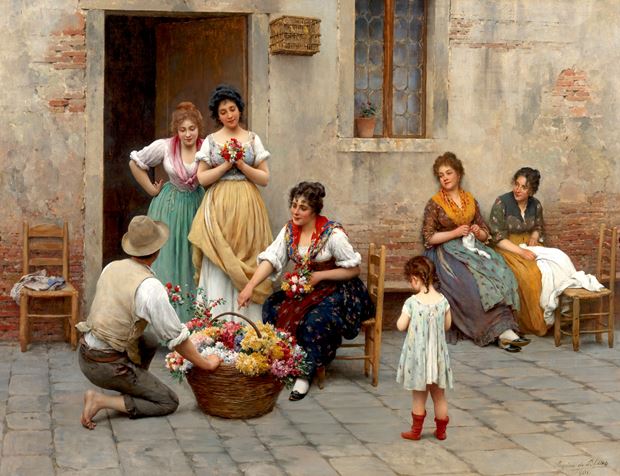 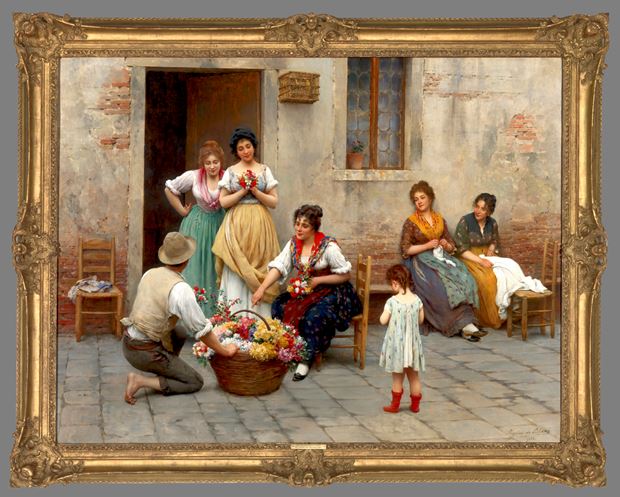 Fullscreen Print
The present work is exceptional on a number of levels, not least the inclusion of seven figures. De Blaas' mastery of compositional balance is also clearly evident as is his handling of colour; despite the extraordinary vibrancy of the myriad, bold tones there is an overriding sense of harmony throughout. De Blaas' married one of his Venetian models and the fact that the male figure's face in the present work remains hidden, strongly suggests a modest self-portrait. 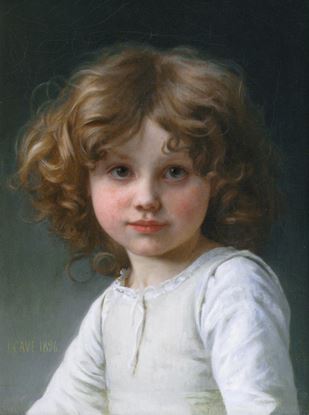 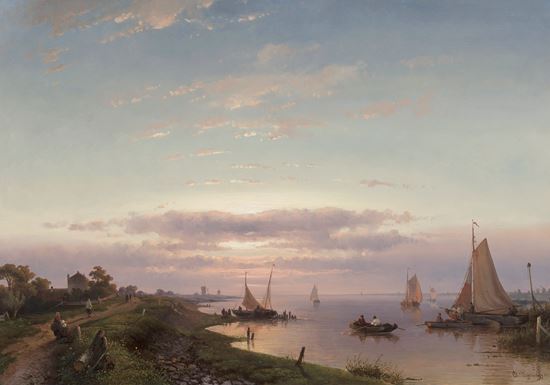