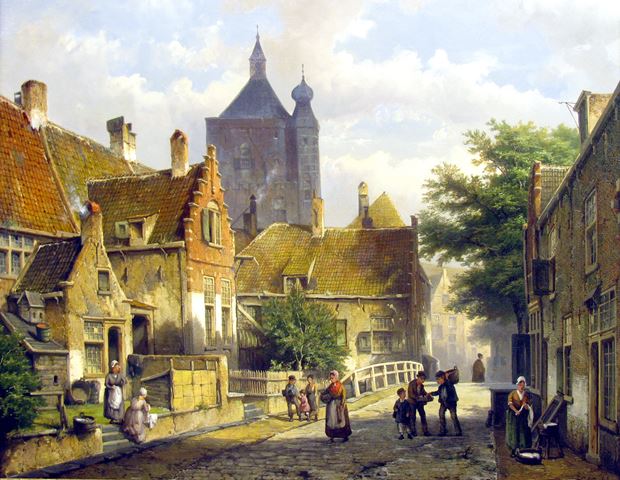 Willem studied under his father Hermanus, a marine painter though adopting town scenes as his favoured subject matter, a field of painting distinct from those of the remaining members of the extended family. Living in Amsterdam in his youth, Willem like so many of his contemporaries travelled widely in search of commissions and subject matter, in 1878 he was living in The Hague and subsequently Utrecht before returning to Amsterdam in 1880. In 1885 he moved to Nieuwer Amstel and in 1888 visited London, returning to Nieuwer Amstel where he died on 20th January 1895. Willem Koekkoek had few rivals in the market for town scenes, only Cornelis Springer (1817-1891) and his pupil Adrianus Eversen (1818-1897) can be seriously considered as his competitors and rivals in this genre. This market flourished in The Netherlands and Great Britain where a demand for Dutch paintings had existed since the 17th century. With a growing affluent middle-class this demand grew throughout the 19th century, providing a market for the Koekkoek family and Willem himself.

Willem exhibited widely, in Leeuwarden in 1859 and subsequently in Amsterdam, The Hague and Rotterdam 1865-94 almost exclusively town scenes of the Netherlands. An artist who continues to be widely collected, the National Gallery, London acquired a composition by Willem Koekkoek in 1982.

His works can be found in museums in: London, National Gallery; Amsterdam, Historisch Museum; The Hague; Kleve and Montreal, Museum of Fine Arts. 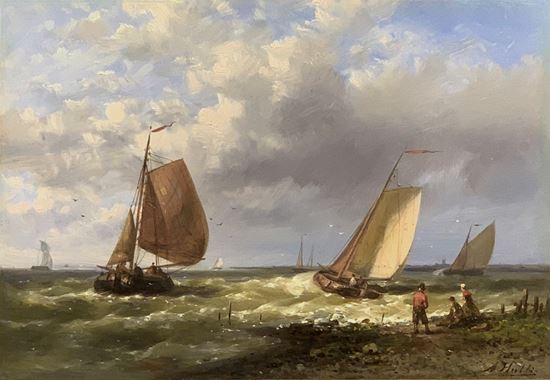 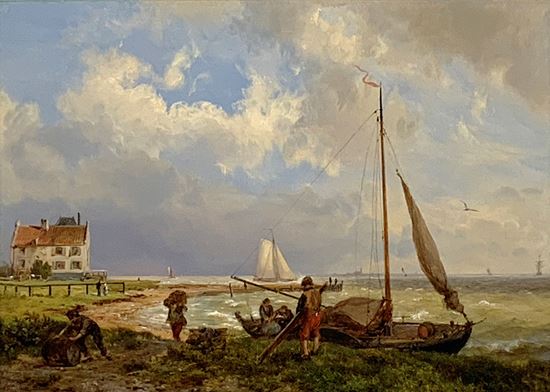 Coastal landscape with figures bringing ashore the catch , a pair 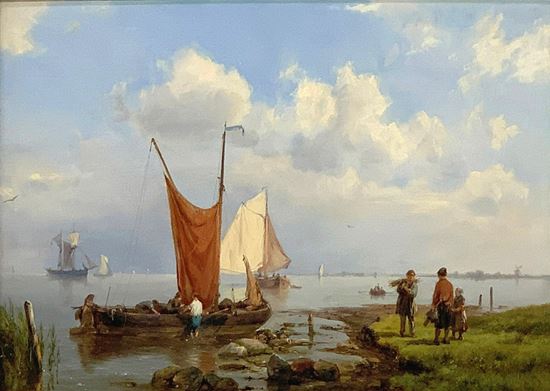 Coastal landscape with figures talking by the shore , a pair