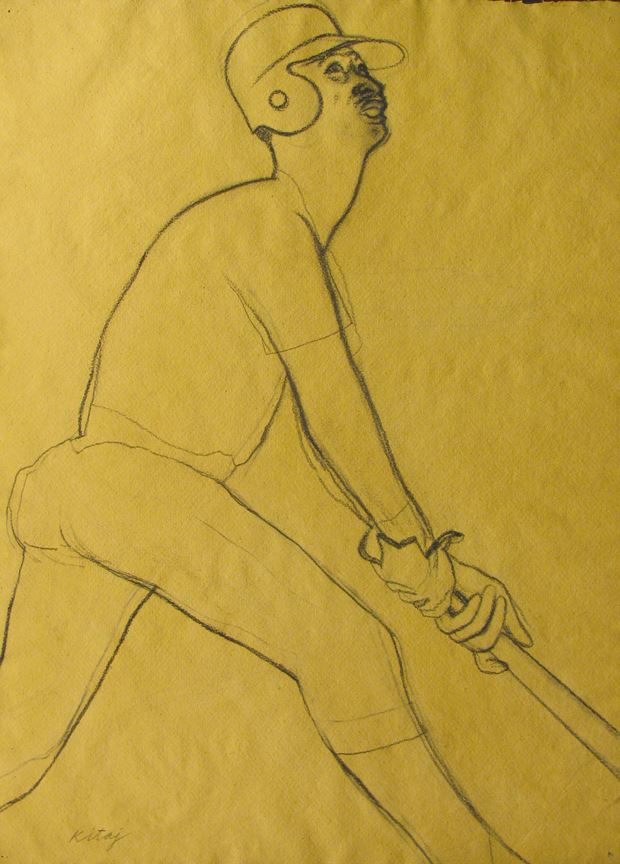 Ronald Brooks Kitaj was born in Cleveland, Ohio, 29th October 1932, the son of Jeanne Brody and Sigmund Benway. His mother remarried Dr. Walter Kitaj an Austrian refugee in 1941 and Ronald took his stepfather’s name. In 1953 he married Elsi Roessler who died in 1969.

Kitaj studied at the Cooper Union art School in New York 1950-51 then at the Academy of Fine Art in Vienna 1951-52. In 1953, having served in the US Army, he attended the Ruskin School of Art in Oxford on the GI bill and remained there 1953-59. Kitaj subsequently attended the Royal College of Art 1959-61, here his interest in incorporating text, iconography and film with the power of colour and paint was to prove influential on his peers, including David Hockney (b.1937), a lifelong friend.

Kitaj was in some ways a ‘Post-Surrealist’ he could only have produced what he did in a culture and society that had experienced surrealism. Yet he was an intensely ‘intellectual artist’, his interest, indeed fascination, with iconography reliant on the research carried out by the Warburg Institute comprising art historians who had fled Nazi Germany. Interestingly it was in later years that ‘The Jewish Experience’ was to prove influential in his painting and writing, an interest in the Yiddish theatre gained from his maternal grandparents and the writings of Franz Kafka.

A seminal work by Kitaj, served as the original for a tapestry hanging in the British Library If not, Not of 1975-6, which the artist described as “having an allegiance to Elliot’s Waste Land and it’s a family of loose assemblage”. The Gatehouse of Auschwitz dominates a Giorgione inspired landscape littered with the bodies of artists and intellectuals, it encapsulates Kitaj’s interest in iconography, art history, history and ‘The Jewish Experience’.

He was an enthusiastic supporter of figurative art and continually emphasised the importance of drawing, he portrayed a subject with an economy of line, yet with immediacy, capturing the complete subject. It was Kitaj who originated the idea of the ‘School of London’ as artists with distinctive, unusual personalities worthy of international recognition and although including abstract painters the term became associated with figurative painters such as Francis Bacon (1909-1992), Lucian Freud (1922-2011), Leon Kossoff (b.1926), Frank Auerbach (b.1931), Michael Andrews (1928-1995) and, of course, Kitaj himself.

In 1994 Sandra Fisler, Kitja’s second wife, died shortly after his Tate Retrospective closed, it having been poorly received by critics, although highly praised when it transferred to the Metropolitan in New York. As a result Kitaj left the UK for good in 1997, blaming Sandra’s death on the reaction to his retrospective. He produced a series of works based on Sandra, some of which were exhibited at the National Gallery in London 2001-02.

An accomplished printmaker in this and in painting his works were full of imagery, iconography and text, sometimes with explanatory notes on the work and part of the work. His interests were extraordinarily wide ranging, from baseball to the Spanish Civil War; he travelled in Catalonia in the 1950’s, from Cezanne and Degas to the writing of Kafka.

Kitaj was internationally acclaimed, from his first one man show at the Marlborough Gallery in 1963; he taught at Camberwell School of Art 1962-66, he exhibited at the Cleveland Museum of Art 1967, taught at the University of California Berkley 1970-71 and was Artist in Residence at Dartmouth College 1978-9.

In 1981 a retrospective was held at the Hirshhorn Museum, the Smithsonian Washington and a further retrospective at the Tate in 1994, the Metropolitan Museum New York 1995, and further exhibitions were held at the Reina Sofia Museum, Madrid in 1998, and the Astrup Fearnley Oslo the same year.

In 1991 Kitaj was elected to the Royal Academy and was the first American elected since John Singer Sargent.

In 1995 and 1997 he was awarded the Golden Lion for painting at the Venice Biennale and in 1996 was appointed Chevalier des Arts and Lettres France. 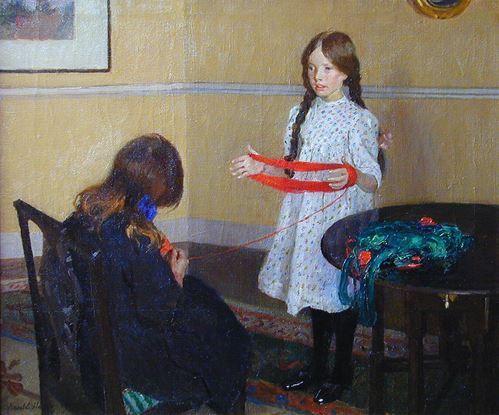 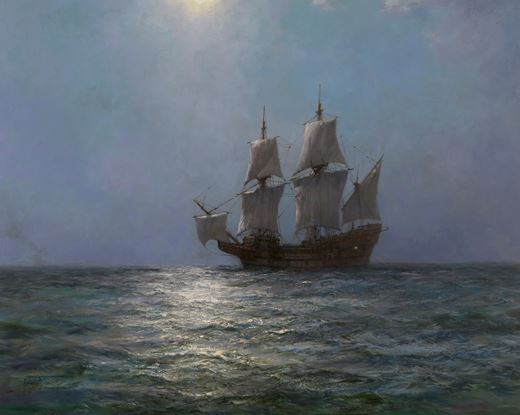