Harold Knight was born in Nottingham and studied at the Nottingham School of Art where he met his wife to be Laura Johnson (1877-1970). He continued his studies at the Royal College of Art and then in Paris under Jean-Paul Laurens (1838-1921) and Benjamin Constant (1845-1902), a conventional academic training. However, following his return to England he and Laura painted in the Yorkshire fishing village of Staithes, where a colony of artists worked from the 1880’s.

The fisher people of Staithes provided a source of subject matter ideal for Knights ‘plein-air’ realism, a style, following a visit with Laura to Holland, influenced by the Hague School. In 1907, the Knights moved to Newlyn, home to Stanhope Forbes’ colony of painters. Here they associated with the group of artists surrounding their close friends Houghton and Samuel John Lamorna Birch (1869-1955), including Harold (1874-1941) and Gertrude Harvey (1879-1966), Ernest (1885-1935) and Dod Proctor (1890-1972), Charles Simpson (1885-1971) and latterly Sir Alfred J. Munnings (1879-1959). The Newlyn years saw profound changes in Knight’s palette, richer, more colourful, a clarity of light and a growing distance from the gritty realism of his early years. Portraiture, figures and interiors became the major part of his oeuvre, his talent for portraiture being seen in his Staithes fishing subjects. On their return to London the Knights moved to St. Johns Wood. Harold Knight was elected ARA in 1928 and RA in 1937, portraits dominating his exhibited works from 1930 until his death in 1961. 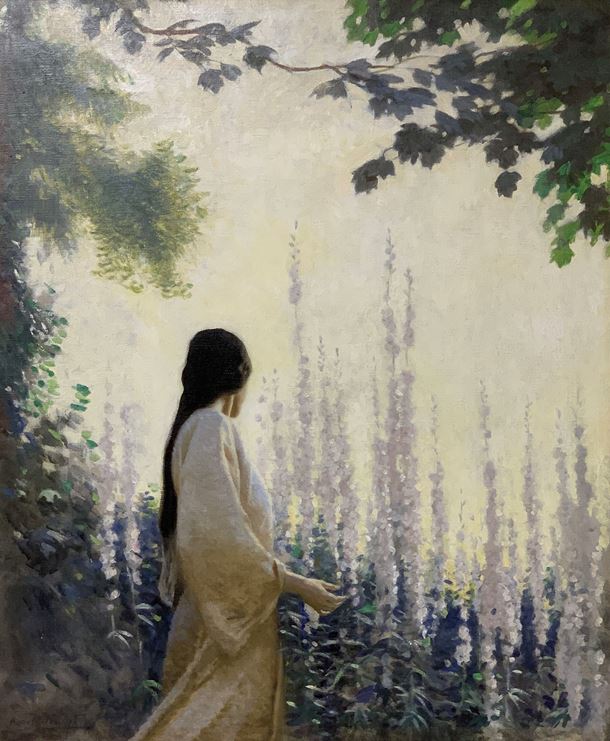 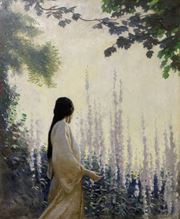