Guerrier was born and trained in Lyon living much of his life at Saint Cyr au Mont d’Or. He began his career as an illustrator but made his name painting Parisian scenes between the wars.

Clearly inspired by the work of Impressionist masters such Manet and Toulouse-Lautrec his work captures and celebrates the diversity of life in Paris at the turn of the century; from the nightclubs of Montmartre to the cafés of the Champ-Elysses, Guerrier depicts French high society in its pomp. There is often a subtle narrative to the work, where a stolen glance speaks volumes. Further evidence of Manet’s work is evident in his figures, who often stare directly at the viewer, creating images that are, at once, engaging and arresting, while the fashions of the age are beautifully rendered with a vivid palette and deftly applied impasto. 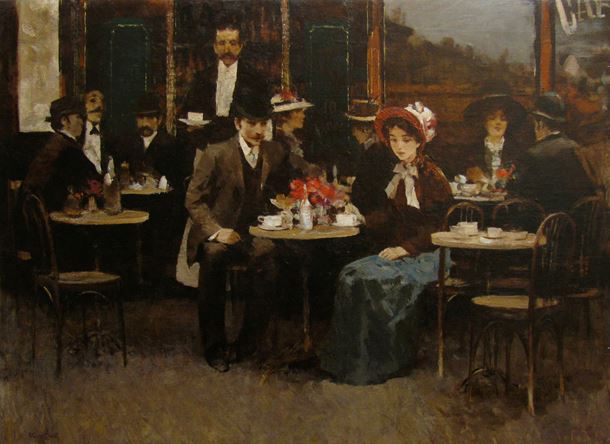