In his early work, Ilsted was a painter of genre and portraits, however, his sister having married Vilhelm Hammershøi, he came under the influence of both his brother-in-law and his close friend Carl Holsøe. As a result of this, he too was to become widely known for his interior scenes. Using the interior of his home and members of his family as sitters, Ilsted’s subjects would be scenes set in the kitchen preparing food, or in a dining or drawing room with or without figures, but always with an emphasis on light and its interplay on surfaces.

Like so many of his Danish contemporaries, Ilsted travelled widely, to Italy, Greece, the Middle East, Spain and France in 1886, returning to Italy and France in 1891 and to Italy again in 1894 and 1905, and to England in 1913. Ilsted was widely known throughout Europe, he exhibited at the Paris Salon in 1889, receiving an honourable mention and again in 1890 being awarded a medal, and also in 1900; he exhibited in Copenhagen 1891-99, Budapest 1906-7, Munich 1909 and 1913, Berlin 1910-11, Malmo 1914 and Stockholm 1924. Further afield Ilsted exhibited in Chicago in 1893. An artist highly regarded in Scandinavia, Ilsted was recognised as an artist of International stature and popularity. 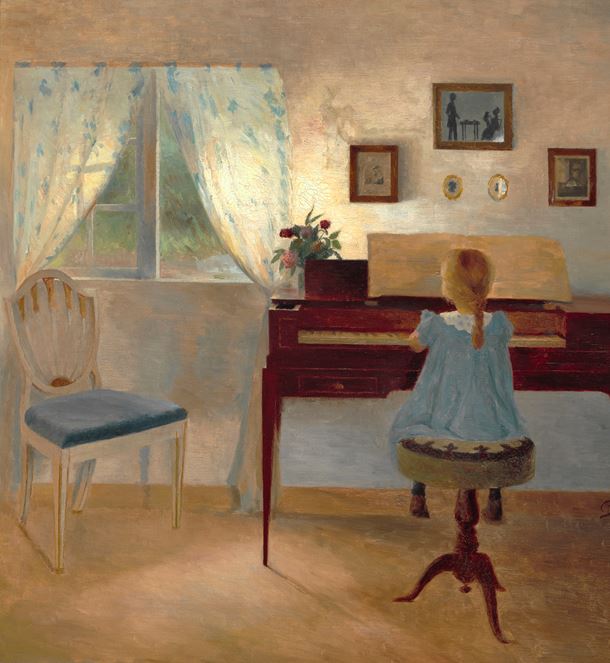 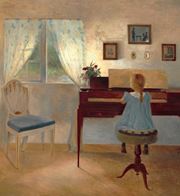