Paolo Sala was born 24th January 1859 in Lombardy the year in which the province joined the Kingdom of Italy during the course of the Risorgimento.

Sala lived in Milan, the capital of Lombardy, the wealthiest province, and studied at the Brera Academy. His brother Eugenio Sala (1866-1908) was also a painter. Sala, a precocious and talented artist, with wide-ranging subject matter, exhibited at the age of 21 in Naples, an ‘interior’ of the Duomo in Milan, the following year in 1881 he exhibited in Milan a number of works including ‘Arrivo del Vapore’.

Sala continued to exhibit in Milan, Rome and Venice a wide variety of works - landscapes, coastal subjects, Venetian views and Alpine scenes. He travelled widely in Italy and beyond, and in 1886 exhibited in Milan a number of London views, including ‘Oxford Street’.

Sala travelled as far as Buenos Aires in Argentina, in Russian and to Vienna painting landscapes ‘vedutes’ and also portraits.

Later in life, in 1922 he held a solo exhibition in Galleria Pesaro in Milan. 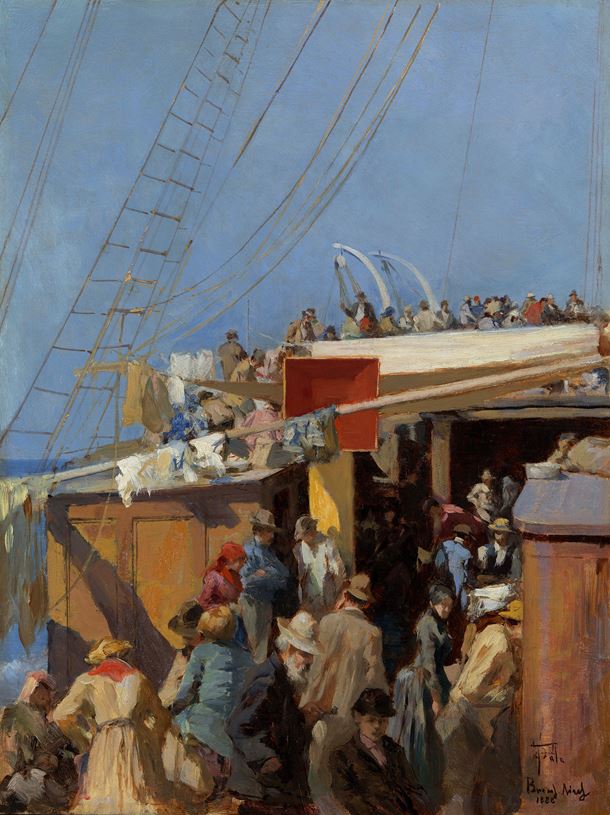 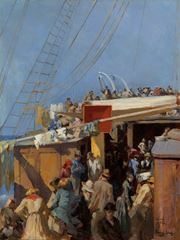