Sir Jacob Epstein was born in New York City on 10th November 1880, his parents were of Polish-Jewish descent. He studied at the Art Students League in New York, where he studied drawing while working in a bronze factory. Drawing on his own experiences he was commissioned to illustrate “Spirit of the Ghetto” by Hutchins Hapgood in 1902 following which he travelled to Paris.

He studied for six months at the École des Beaux-Arts and at the Académie Julian, and in 1905 settled in London, and spent the next few years working with other artists living and working in Paris and London, including Eric Gill (1882-1940), Pablo Picasso (1881-1973), Constantin Brâncuşi (1876-1957) and Amedeo Modigliani (1884-1920) taking British Citizenship in 1907. One of his earliest and most important commissions was to produce eighteen figures for the British Medical Association headquarters in the Strand, the result being widely condemned. Epstein moved to Paris working there in the years 1909-1913 before returning permanently to Britain, living initially in Hastings 1913-16 and subsequently London. 1913 saw Epstein establish his status as one of the twentieth century’s significant and innovative sculptures with his Rock Drill, a figure poised above a pneumatic rock drill symbolising the machine age. 1913 also saw Epstein as a founder member of the influential London Group, later in his career he exhibited in addition at the Royal Academy.

Epstein was renowned as a figurative and portrait sculptor working in bronze and marble. An important twentieth century sculptor Epstein was commissioned to portray figures from the disparate worlds of society, the arts, science and politics, one of his most significant subjects being his busts of Churchill.

Epstein exhibited regularly in London from 1913, mainly at the Leicester Galleries, and from 1916 he lived and worked in London for the rest of his life. He had a retrospective exhibition at the Tate Gallery in 1953, was knighted in 1954 and died in London on 19th August 1959.

His works can be seen in museums in: Johannesburg and London, Tate. 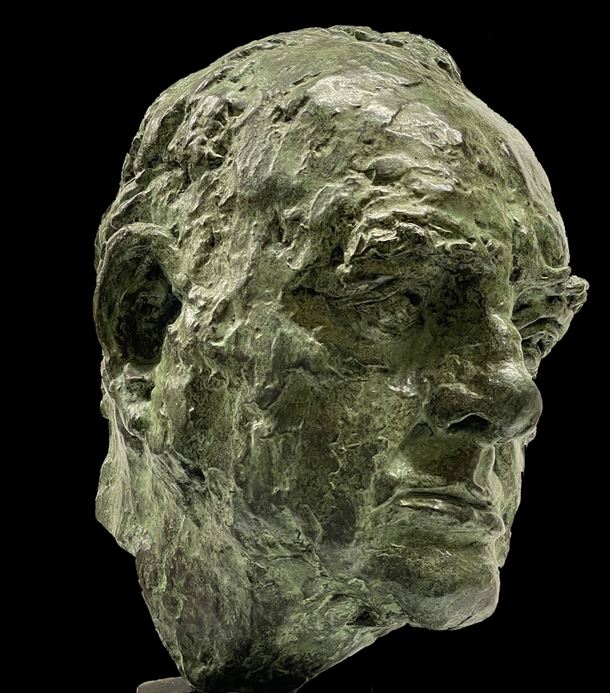 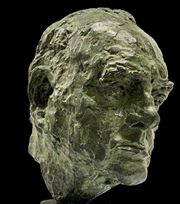