Henri Lebasque was born in Champigné, France on 25th September 1865. He studied at the École des Beaux-Arts in Paris from 1885, after which he worked under the tuition of Léon Bonnat (1833-1922).

A group of artists that included Lebasque and Henri Matisse (1869-1954) founded the Salon d’Automne in 1903. The group held a groundbreaking exhibition two years later that would include works by artists described as “Les Fauves” (wild beasts), due to their strong colours and loose brushwork. The artists who exhibited in 1905 include Georges Rouault (1871-1958), André Derain (1880-1954) and Vuillard.

In 1924, Lebasque moved to Cannet in the South of France where he and Bonnard worked closely with one another, even sharing the same model for a period. The influence of the South transformed Lebasque’s palette significantly.

He was also commercially successful during his lifetime, assisting with the murals at the Panthéon, as well as working on the decorations in the theatre of the Champs-Elysées and of the Transatlantique sealiner.

Henri Lebasque died in Cannet on 7th August 1937. Although well respected, Lebasque was rather secluded and not being in the limelight was forgotten about to a certain extent. A selection of his work was exhibited in the year of his death at the Petit-Palais in Geneva. It wasn’t until 1957, some twenty years later, that a retrospective was finally put together at the Musée des Ponchettes in Nice. 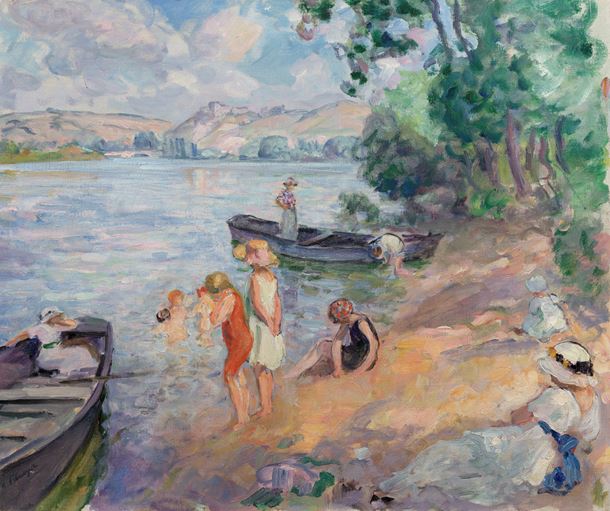 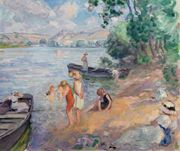