Born in Hammersmith on 30th June 1911, Ruskin Spear lived in this area of London for his entire life. A prolific painter, he drew extensively on his surroundings for subject matter being a noted recorder of London life. In addition, Ruskin Spear was a highly regarded portraitist, painting notable figures of the day as disparate as Nikita Kruschev, Laurence Olivier, Harold Wilson, the Duke of Westminster and Fred Trueman.

Spear was awarded a scholarship to Hammersmith School of Art and awarded a further scholarship to the Royal College of Art, then under the direction of Sir William Rothenstein, where he studied 1931-1934. Following his studies, he commenced teaching at Croydon in 1935. Spear was exempted from war service owing to the results of polio as a child, and, played in bands around London while continuing to teach; following the war he taught at the Central School of Art 1945-48 and then at the Royal College of Art. Spear was a prolific exhibitor of his work, showing at the Royal Academy from 1932, to which he was elected an associate in 1944, and in 1954 was elected a full member. In 1942 Spear became a member of the Progressive London Group and in 1949 its President.

Spear was a popular and prolific artist with a distinctive style, a painter in oils and pastels of London life, particularly the streets around Hammersmith, and the Thames and its bridges.

His works can be found in museums in: Aberdeen Art Gallery; Leeds, City Art Gallery; London, The Arts Council of Great Britain, The Imperial War Museum, The National Portrait Gallery and The Royal Academy of Arts. 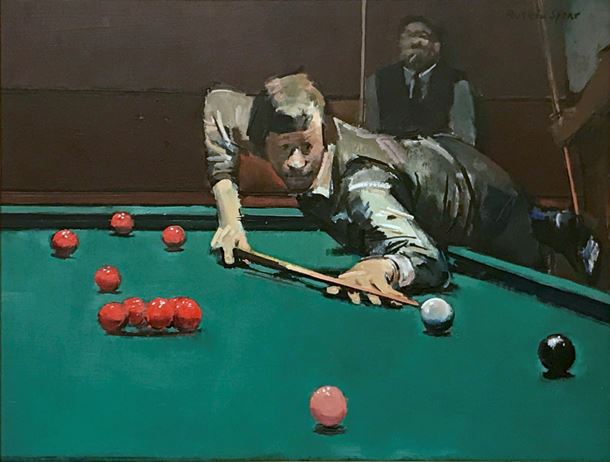