Adrianus Eversen was born in Amsterdam, 13th January 1818. He is recorded as having been a pupil of Cornelis de Kruyff (1774-1828), necessarily at a young age. De Kruyff was a painter and engraver, in the tradition of Jan van der Heyden (1637-1712) of landscapes, particularly scenes of Amsterdam, the city of his birth and where he lived and exhibited between 1814 and 1824. Eversen was thus exposed to the genre in which he was to be so successful and highly regarded at a tender age.

He subsequently studied with his contemporary, Cornelis Springer (1817-1891), the acknowledged master of the 19th century Dutch townscape and with whom Eversen was to compete for patrons throughout their lives. Eversen lived and worked in Amsterdam, exhibiting there between 1840 and 1885, also exhibiting in The Hague in 1859 and 1861, and Leeuwarden in 1863. Such constancy to the city of his birth would indicate a high degree of success and demand for his town views. In 1889 Eversen moved to Rotterdam, and died in Delft, 1st December 1897.

Eversen was a highly regarded artist during his lifetime; he became a member of the ‘Arte and Amicitiae’ in 1863, an association of artists, and was widely collected in Holland and also Great Britain. The noted collector, John Sheepshanks, the nucleus of whose collection was left to the Victoria and Albert Museum, owned works by Eversen whose widespread appeal was, and remains, the detailed topographical nature of his compositions, together with their animation, the harmonious relationship he achieves between staffage and topography.

His works can be found in museums in: Alkmaar; Amsterdam, Rijksmuseum and Museum Fodor; Enkhuizen and The Hague. 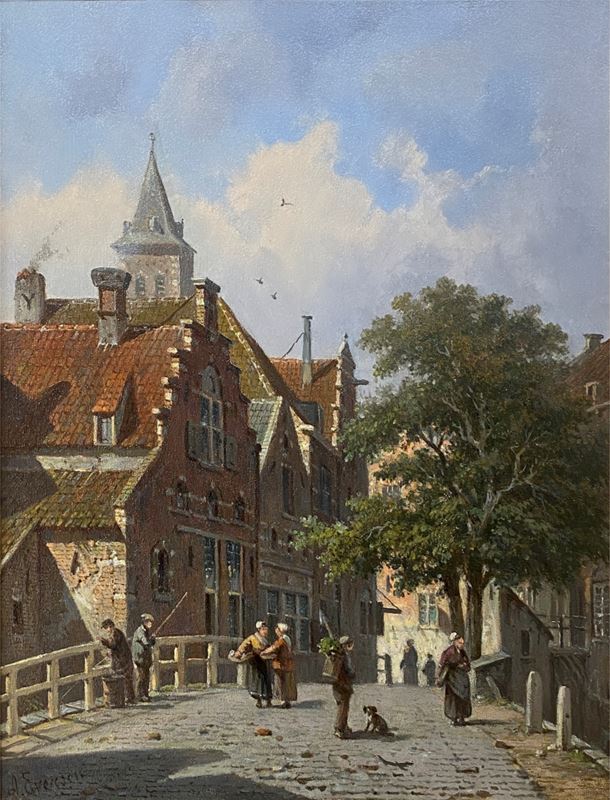 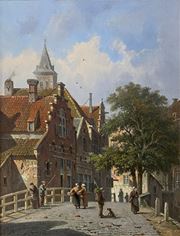