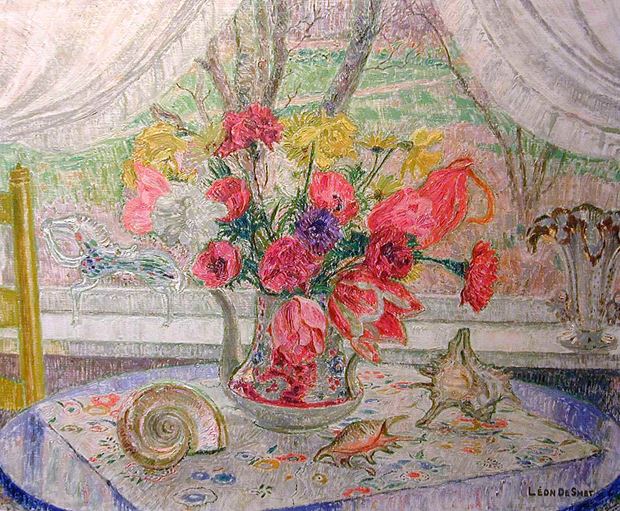 Léon de Smet was born 20 July 1881 in the Belgian city of Ghent, the son of Maria Seranne and Jules de Smet, the owner of a firm of decorators. He was the brother of Gustave de Smet (1877-1943), also a painter. De Smet enrolled in the academy in Ghent in 1893, and, in 1895 studied painting with Jean Devlin 1853-1929 and subsequently with Jules van Biesbroeck.

Léon de Smet was, like his brother, to become a highly distinguished artist whose works were exhibited throughout Europe and in the United States. He was a follower of Emile Claus (1849-1924) and the Luminist school, a group heavily influenced by the Impressionists, and a member of the ‘Vie et Lumière’ circle of artists with Théo van Rysselberghe (1862-1926). He first exhibited in Ghent and Antwerp in 1901 and in Brussels in 1903. By 1909 de Smet was representing Belgium at the Venice Biennale and the following year his work was included in an international exhibition in Brussels along with that of Pierre Bonnard (1867-1947), Édouard Vuillard (1868-1940) and James Ensor (1860-1949). By now de Smet was living with his wife and family in Saint Martin-Laethem as a result of which the town was described as an outpost of Luminism, and his work was being favourably compared with that of Georges-Pierre Seurat (1859-1891) and van Rysselberghe, a similarity in brushwork and tonality being clearly evident.

On the outbreak of war de Smet moved to London in 1914 where he associated with colleagues de Saedelier, Constant Permeke (1886-1952) and Emile Claus. In 1915 he was settled in Tavistock Square, London, exhibiting at the Royal Academy and moving in an artistic and literary circle including George Bernard Shaw, William Orpen, Frank Brangwyn, John Galsworthy and Joseph Conrad. Leon de Smet rapidly acquired an international reputation, exhibiting at the Royal Academy again in 1916 and the following year at the Leicester Galleries. He continued to exhibit in London 1920-1925, in 1921 a reviewer in The Globe wrote of the eagerly awaited exhibition and of de Smet as “a magnificent draughtsman and a fine colourist.” His still lifes of this period, in contrast to his Luminist works, were a mosaic of colour that defied the convention of still life painting. In his landscapes and portraits however de Smet had much in common with his French contemporaries Henri Martin (1860-1943) and in particular Henri Le Sidaner (1862-1939) in terms of brushwork, tonality and atmosphere.

De Smet continued to exhibit widely throughout the 1920s and 30s in Ghent, Antwerp, Brussels, Paris, Amsterdam and in 1929 Pittsburgh, in 1930 the artist moved to Deurle. The 1940s saw de Smet remain in Belgium continuing to show his work regularly; in 1948 his work being included in the exhibition ‘Laethem-Saint Martin a colony of Flemish painters 1890-1940’ at the museum of modern art in Paris. In 1961 a major retrospective show of his work was held in Brussels.

De Smet married twice, firstly Maria Willem and secondly Claire Versele and on her death was taken up by a former model of his, Jeanne Baekelandt. He was appointed commander of the Order of Leopold II in July 1966 and died in September of that year.

His works can be found in museums in: Antwerp; Bruges; Brussels; Deinze; Ghent; Ostend and Tokyo. 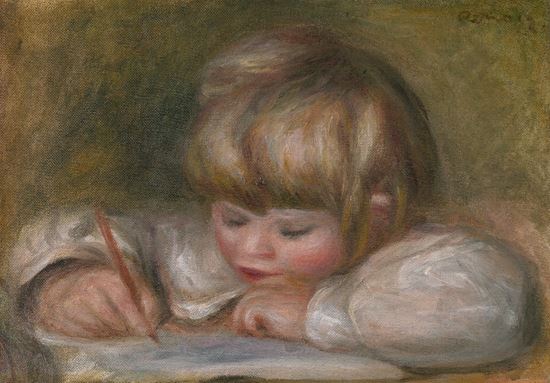 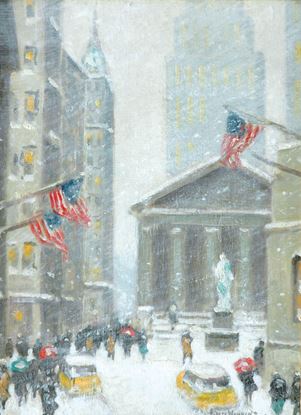 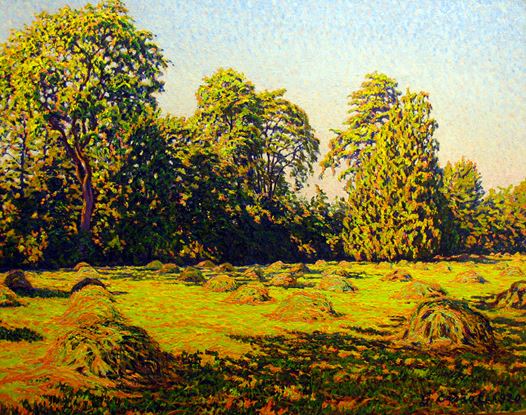