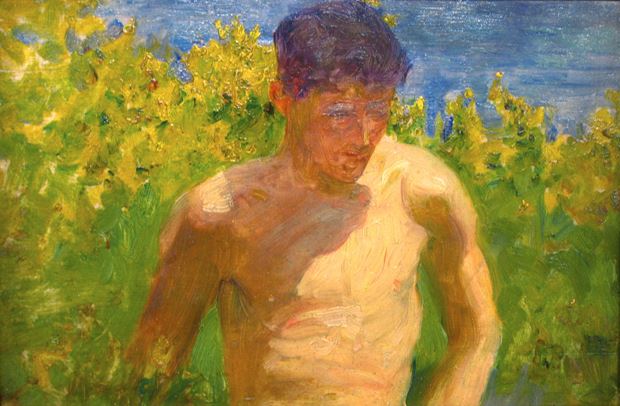 Henry Scott Tuke was born to Quaker parents Maria Strickney and Daniel Hack Tuke, a medical doctor who specialised in psychiatry. The family moved from York to Falmouth in 1859 where Daniel Tuke set up a doctor’s practice. Henry’s sister and biographer, Maria Tuke Sainsbury, recalls their growing up in Falmouth as a happy, healthy one, with long summer days by the sea; memories that clearly had a lasting effect on Henry.

Tuke had been encouraged to draw and paint from a young age, but had shown no interest in his father’s profession. He enrolled to the Slade School of Art and in 1874 moved to London. He won a scholarship which allowed him to continue his studies in London and upon graduating he travelled to Italy (1880) and then Paris (1881-83). It was whilst living in Paris that he met and befriended Jules Bastien-Lepage (1848-1884) and John Singer Sargent (1856-1925), both of whom had a significant influence on his work.

After his time in Paris, Tuke moved to Newlyn in Cornwall to join many of his Slade and Parisian acquaintances, who had recently formed the Newlyn School of painters. The group included artists such as Thomas Cooper Gotch (1854-1931), Albert Chevallier Tayler (1862-1925) and Walter Langley (1852-1922). It was in Newlyn that he completed his first recorded paintings of boys bathing and boys in boats, subjects that he is best known for today; he also painted numerous portraits of sailing vessels throughout his career. Stylistically he was rather more impressionistic than his other Newlyn companions at that time, employing sweeping, visible brushstrokes, with an accurate sense of colour and light.

In 1885 he settled back in Falmouth where he made a floating studio from an old French brigantine, ‘The Julie of Nantes’. This allowed for him to paint sailing ships coming into the harbour or at anchor. Tuke had a good reputation and a considerable following of collectors who purchased his paintings, enabling him to travel regularly to France and Italy. In later life he even went so far as the West Indies.

His works can be found in museums in: Bristol; Falmouth; Leeds; London; Nottingham; Plymouth and Truro. 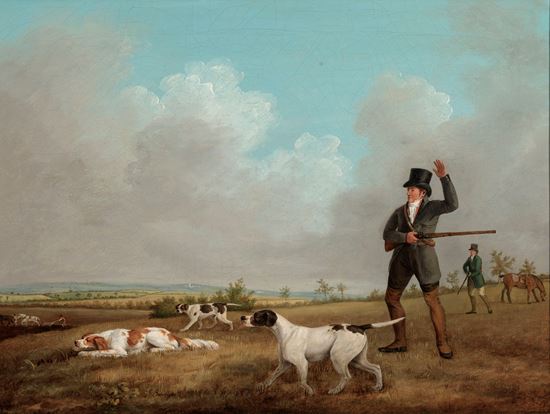 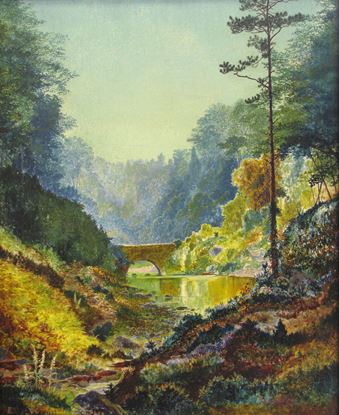 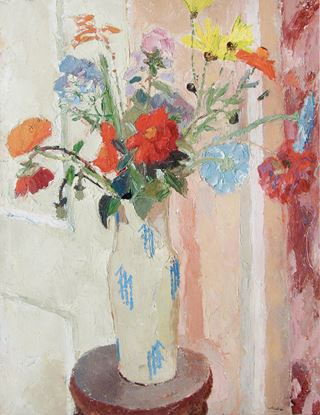