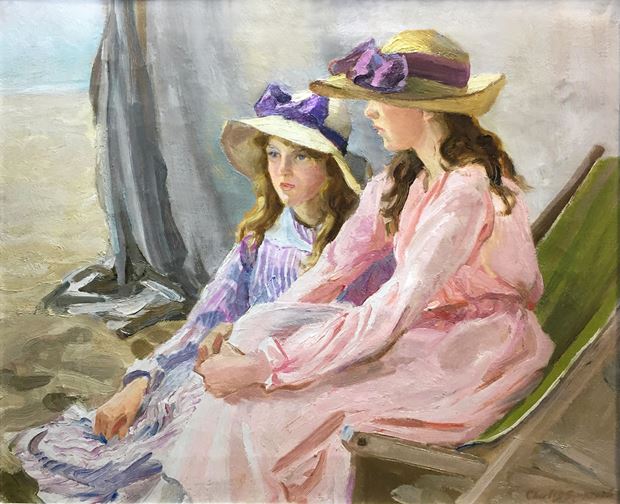 Charles Simpson was born in Camberley on 8th May 1885, the son of Major General C. R. Simpson CB of the Lincolnshire Regiment. Charles Walter Simpson was a painter in oil, watercolour and tempera, of birds, animals, sporting scenes, landscapes and marines. Simpson studied art in Paris at the Académie Julian. He exhibited at the Royal Academy, the Royal Institute of Painters in Watercolours, the Royal Glasgow Institute of Fine Arts, in the provinces, at the Paris Salon and in the United States. He was elected RI in 1914, ROI in 1921 and is represented in several public collections including Blackpool, Bournemouth, Derby, Doncaster (2) Dunedin, New Zealand, Gateshead and Newcastle. He received a commendation at the International Exhibition at Wembley and won a gold medal at the Panama International Exposition in San Francisco in 1914, a silver medal at the Paris Salon in 1923 and a gold medal at the Paris Olympic Exhibition in 1924. He received commissions for sporting portraits including Major Burnaby; Master of the Quorn; Major Gordon Foster; Master of the Ferndale; Lt Col Harry Llewellyn on “Fox-Hunter”; Pat Smythe on “Tosca”, on “Flanagan” and on “Prince Hal”. Simpson exhibited forty-nine paintings at the Royal Academy, London, between 1907-1953 recording a number of different addresses in Penzance and Cornwall in the West of England. Principal works include “The Straggler”, “Sunrise on the Estuary”, “Wheeling Gulls and Glittering Water” and “The Herring Season”. Author and illustrator of “A Pastorale” 1923, “El Rodeo” 1924, “Leicestershire and its Hunts” 1926, “Animal and Bird Painting” 1938.
Read more 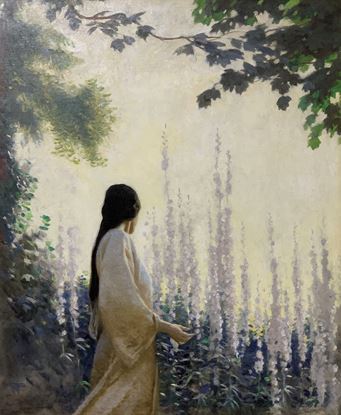 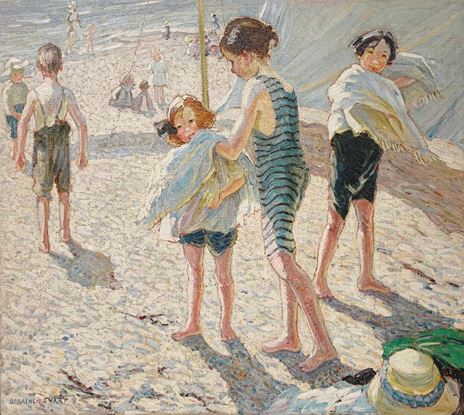 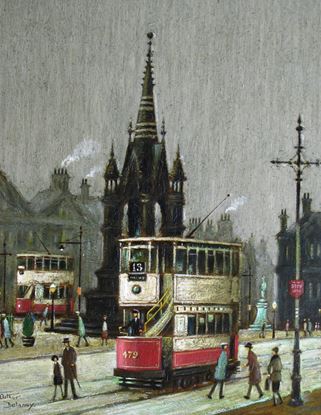