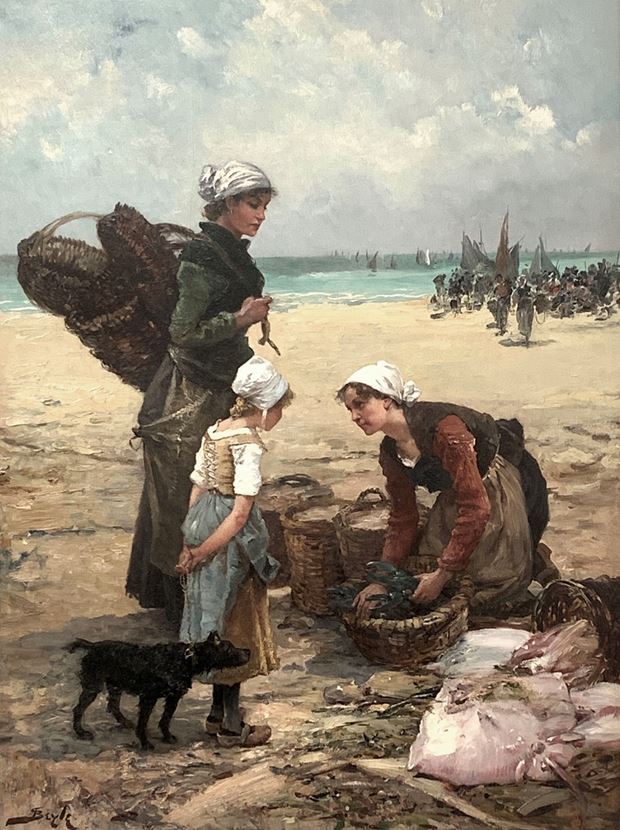 Born in Lyon, 6th July 1838. Died on 22nd October 1902. French School. A painter and engraver, Pierre-Marie Beyle was born in Lyon. Having studied in Paris, his debut at the Salon was in the year 1867 with a painting entitled “Une Bohémienne”; exhibiting later his workings of life in a fairground. Beyle enjoyed painting ordinary people and can be described in painting terms as a Social Realist. He exhibited “La Toilette de la Femme Sauvage” in 1869; “La Toilette du Général Jacko” in 1872, and from 1877-1878 he exhibited a series of paintings completed in Algeria. In 1881 Beyle received the bronze medal at the Salon with a coastal scene entitled “Pecheuses de Moules au Pollet”, this was also the debut year of exhibiting at the Grafton Street Galleries in London; in 1887 he won a silver medal with another coast scene “Un Sauvetage à Dieppe” and in 1900 he exhibited “The Workers of the Sea” (Les travailleurs de la Mer) at the World Exhibition. Between 1865 to 1870 he painted caricatures for many of the Paris Journals to help his income. His last exhibit in the Salon was in 1900 with “Espérance”. Beyle had been greatly influenced in his work by the Dutch Hague School painters, and in particular by the great Josef Israels (1824-1911), but there was an international school of artists to which his work can be compared, including Sir George Clausen (1852-1944) in England; Philippe Lodowick Jacob Frederik Sadee (1837-1904) and Bernardus Johannes Blommers (1845-1914) also from Holland and Jules Bastien Lepage (1848-1884) a fellow countryman. * * * * * * * * * * Bibliography: E. Bénézit “Dictionnaire des Artistes” Philip Hook and Mark Poltimore “Popular 19th Century Painters”
Read more 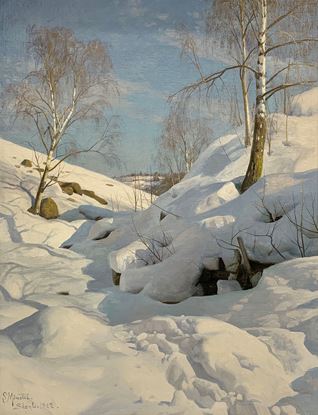 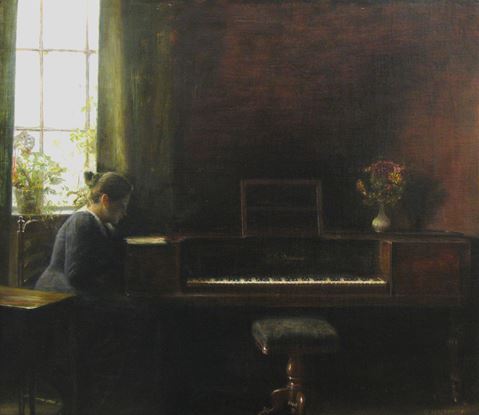