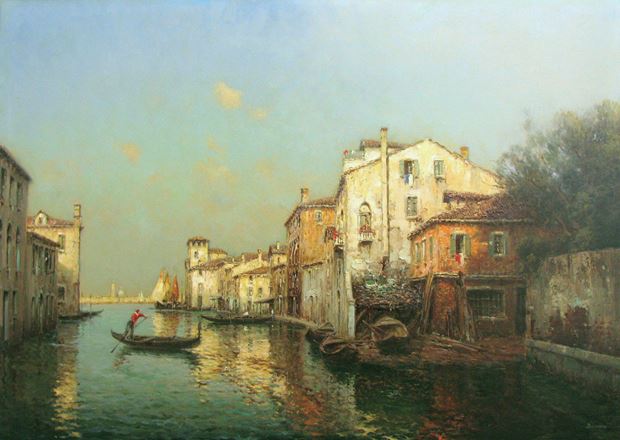 Perhaps the most popular and prolific twentieth century painter of Venetian views, little is known of Antoine Bouvard Snr.

Based in Paris, Bouvard frequented Venice during the 1920’s and 1930’s returning to Paris to sell his work. A recluse he had little contact with the public, selling his views through art dealers in, primarily, London and Paris. He painted exclusively Venetian views, having clearly identified a market in which he was to achieve considerable commercial success.

Bouvard also worked under the pseudonym of Marc Aldine, allowing him further success through alternative markets for his work. Venice had always been a popular venue for visitors on the Grand Tour throughout the eighteenth and nineteenth century and with the development of the European rail network in the latter part of the nineteenth century, Venice attracted visitors in even greater numbers. This trend was to continue throughout the twentieth century, extending the market for Bouvard’s work. Antoine Bouvard’s son, Noel Bouvard (1912-1975) was also a painter but in a weak imitative style of his father. 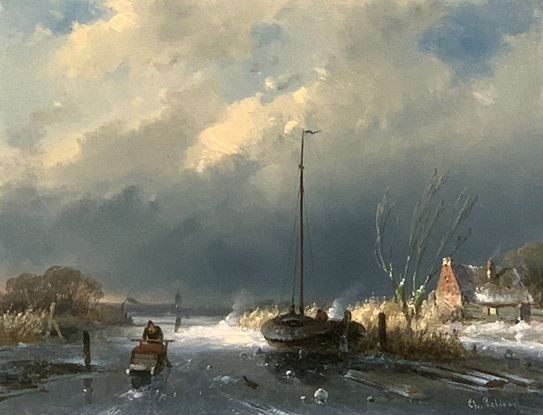