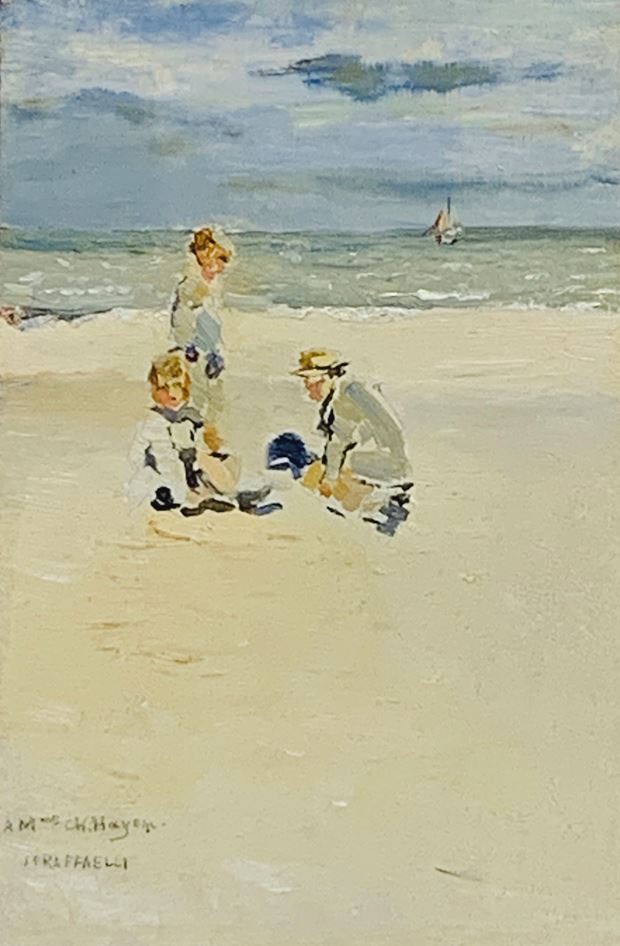 It was his great friend Edgar Degas (1834-1917) who encouraged Raffaëlli to exhibit with the Impressionists in 1880 and 1881. He showed respectively forty-one and thirty-three works, but his inclusion was not universally acclaimed by his fellow exhibitors. Raffaëlli’s social realism, his depictions of Parisian street life, was it was felt, at odds with the pastoral ideal of the Impressionists and their circle. Raffaëlli was born to an Italian father and Parisian mother on 29th April 1850. He studied under Jean-Léon Gerome (1824-1904) and exhibited at the Salon at the young age of twenty in 1870. A product of a conventional artistic training, Raffaëlli was a consummate draughtsman, an engraver, a painter of portraits, genre and landscape; he is best known for his portrayal of the hardship and realities of everyday Parisian life, his views of social realism, paralleled in the novels of his contemporary Emile Zola. In 1884 Raffaëlli established his reputation with a one-man show, followed by important portrait commissions, Clemenceau and Edmond de Goncourt. He continued to paint the suburbs of Paris, he had moved to Asnieres in 1878, but also worked on a series of prints with Jean Louis Forain. In 1885, Raffaëlli received an honourable mention at the Salon, and a gold medal at the Universalle Exposition of 1889, the same year receiving the Legion d’Honneur. His success continued in the 1890’s. Raffaëlli held exhibitions of his work in New York and Boston. In 1906 he was made an Officer Legion d’Honneur and became a member of the ‘Societe Nationale des Beaux Arts’. His works can be found in museums in: Beziers; Bordeaux; Douai; Liège; Lyon; Mulhouse; Nancy; Nantes; Paris; Reims; Versailles; Brussels; Copenhagen; Bucharest; Oslo; Stockholm and Boston. * * * * * * * * * * Bibliography: E. Bénézit “Dictionnaire des Peintres”
Read more 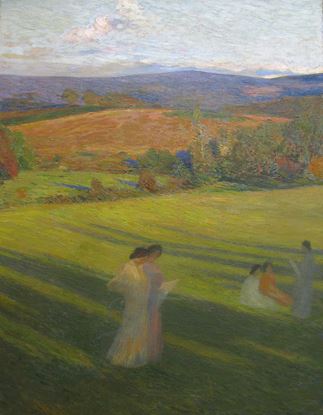