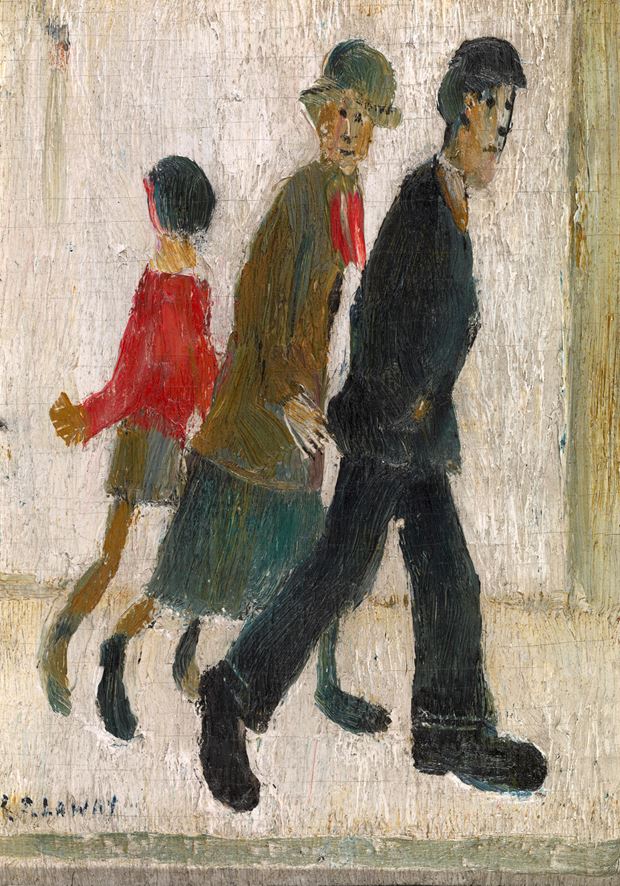 Fullscreen Print
Lowry was undoubtedly one of the great observers of humanity; the present family group are well dressed suggesting relative affluency. Their slight stoop also indicates they are in something of a hurry. It is also likely, with the man's hands thrust in his pockets, the lady's red scarf and child's gloves, that there is a chill in the air which may explain their haste. By layering paint Lowry almost carves the outline of his figures, embedding them in their surroundings, thus imbuing comparatively simply works such as this with complexity and impact. As he concluded, ' You don't need brains to be a painter, just feelings'. 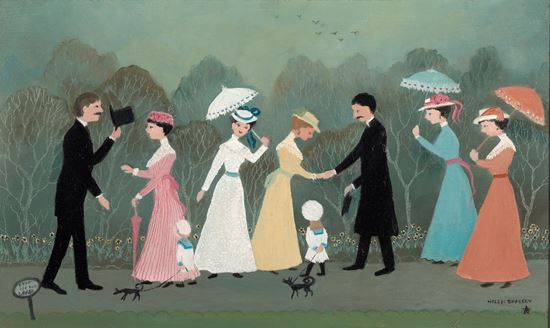 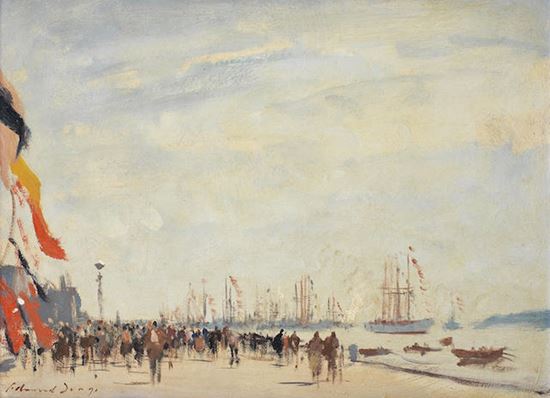