Williams exhibited at the Royal Academy in 1946 as John K. Williams and from 1952 as Kyffin Williams. He exhibited widely, at the Royal Society of British Artists, the New English Arts Club and at the Royal Cambrian Academy, of which he was elected and served as President 1969-76 and again in 1992. He was elected ARA in 1970 and subsequently elected RA

Williams’s first one man exhibition was held at Colnaghi’s in 1949 and further exhibitions were held at Leicester Galleries, Howard Roberts in Cardiff and Tegfryn Gallery, Menai Bridge near his home. In 1968 he was awarded a Winston Churchill fellowship to record the Welsh in Patagonia.

A retrospective was held at the National Museum of Wales, Cardiff in 1987 and a retrospective of his portraits at Oriel Ynys Mon Llangefni in 1993. In 1991 Williams received the medal of the Honourable Society of Cymmrodorion, a society for the encouragement of the arts relating to Wales, founded in 1751. An Honourable fellow of the Universities of Swansea, Bangor and Aberystwyth, Kyffin Williams was the doyen of Welsh painting in the latter half of the twentieth century.

Williams’s subject matter leant heavily on the landscape of Angelsey and North Wales, but he also travelled to France and was a highly successful portrait painter. He died in 2006, 1st September, having been knighted in 1999. 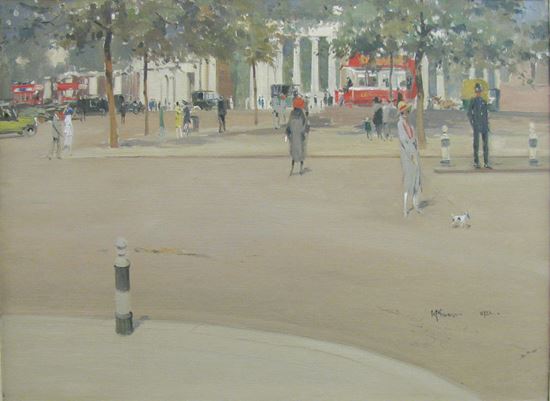 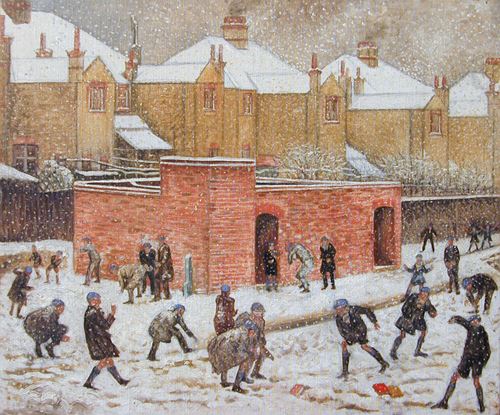 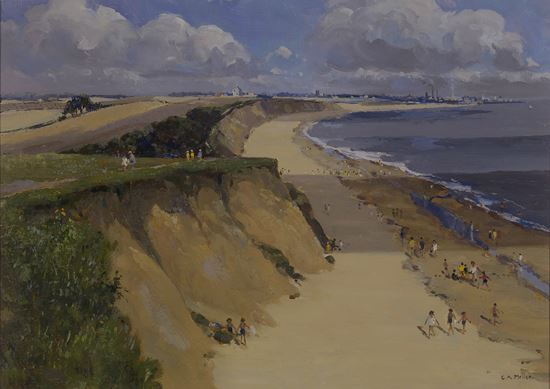