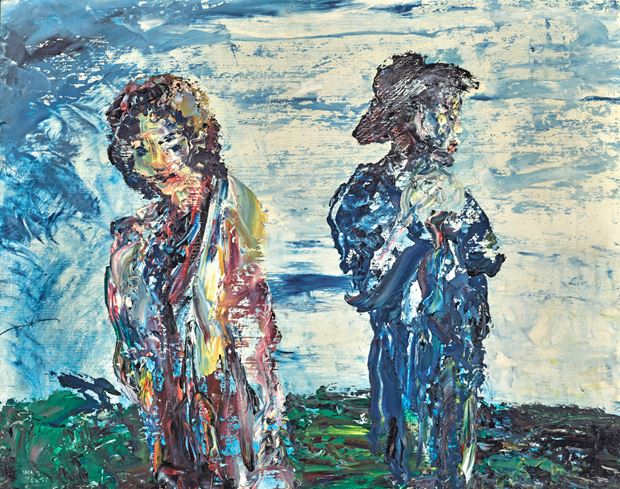 Fullscreen Print
Yeats often used the interaction of two figures as the basis for a composition; the present work, painted in 1951, is relatively rare though in that it features members of the opposite sex. This instantly creates a sense of romantic tension, although the body language, combined with the title, strongly suggests a painful parting of ways. The man's gaze is fixed on the West, while the woman, her shawl wrapped protectively round her shoulders, stares almost directly at the viewer with an expression that could be read as disbelief. The definition of the figures, silhouetted against the fading skyline, further distinguishes the present work, with the artist's idiosyncratic use of myriad colour concentrated in the characters' faces and clothing. This further enhances the feeling of isolation from each other and evokes the idea that words have been passed and now silence reigns. As Yeats himself observed, "Personality is born out of pain. It is the fire shut up in the flint."

Jack Butler Yeats was the son of the artist John Butler Yeats (1839-1922) and brother of William Butler Yeats (1865-1938), the painter and poet. Educated in Sligo, Ireland, J. B. Yeats studied at the Westminster School of Art under the tutelage of Fred Brown. Like his father, Yeats started as a watercolourist and illustrator before turning to oil painting after around 1905. His early illustrations documented local Irish life and occupations, and from 1899 he exhibited at the Royal Hibernian Academy, to which he was elected ARHA in 1914 and RHA in 1915.

Yeats was perhaps the foremost Irish painter of the 20th century, exploring the myths and realities of Irish life and landscape. He developed a distinctive, almost abstract style, based on the use of colour. Yeats was Governor of the National Gallery of Ireland and the author of “The Broadsheet” 1902-1903, “The Broadside”, also a monthly, 1908-1915, and “Life in the West of Ireland” 1912. He lived in Dublin and also died there on 28th March 1957.

His works can be found in museums in: Bloemfontein; Cork; Dublin and London, Tate Gallery. 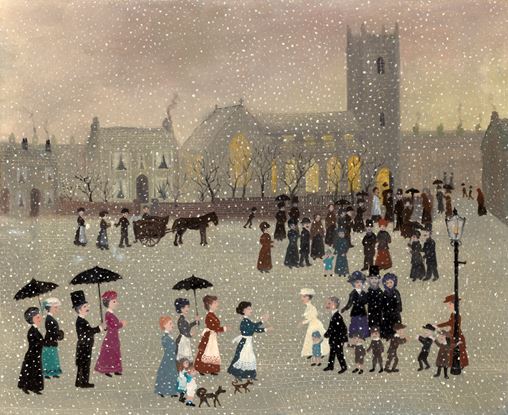 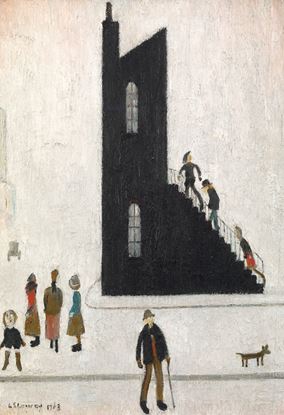 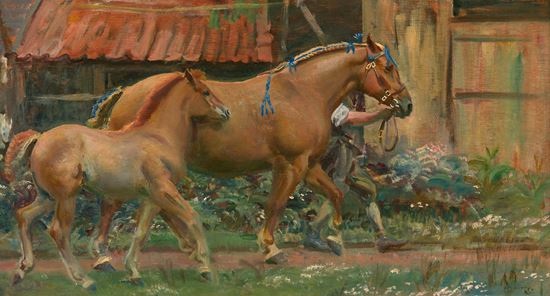