Victor Gabriel Gilbert was born in Paris, 13th February 1847. He studied for a period with the painter and lithographer Victor Adam (1801-1866) and subsequently with the landscape painter Charles Busson (1822-1908).

Gilbert rapidly established a reputation as a painter of Parisian scenes, as with his contemporary Jean Béraud (1849-1935). Gilbert excelled at portraying market scenes in Paris, street markets with fruit and vegetable sellers but above all Les Halles, the central food market for Paris with its wrought iron and glass fabric and its myriad stalls selling meat, fish, fruit and vegetables and colourful characters and stallholders. In addition, flower markets were a popular subject for Gilbert and for collectors of his work.

Gilbert exhibited regularly at the Societe Artistes Français where he was awarded a silver medal in 1889 and towards the end of his career received the Bonnat prize in 1926. Gilbert had been elected Chevalier de Legion d’Honneur, as had his teacher Charles Busson, in 1897. Gilbert was a highly successful artist, whose works were sought after throughout Europe and in North America, his works being sold in New York as early as 1900.

His works can be found in museums in: Bayeux; Besancon; Dieppe; Le Havre; Liege; Lille; Nice and Strasbourg. 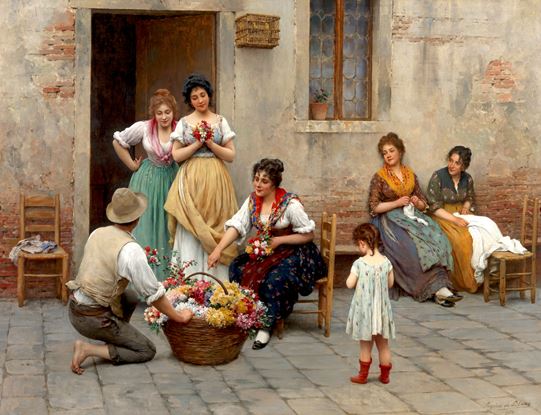 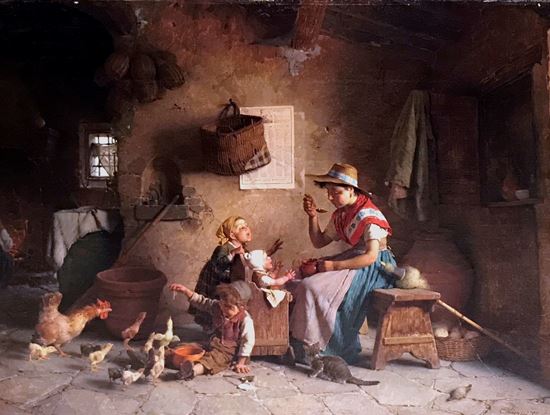