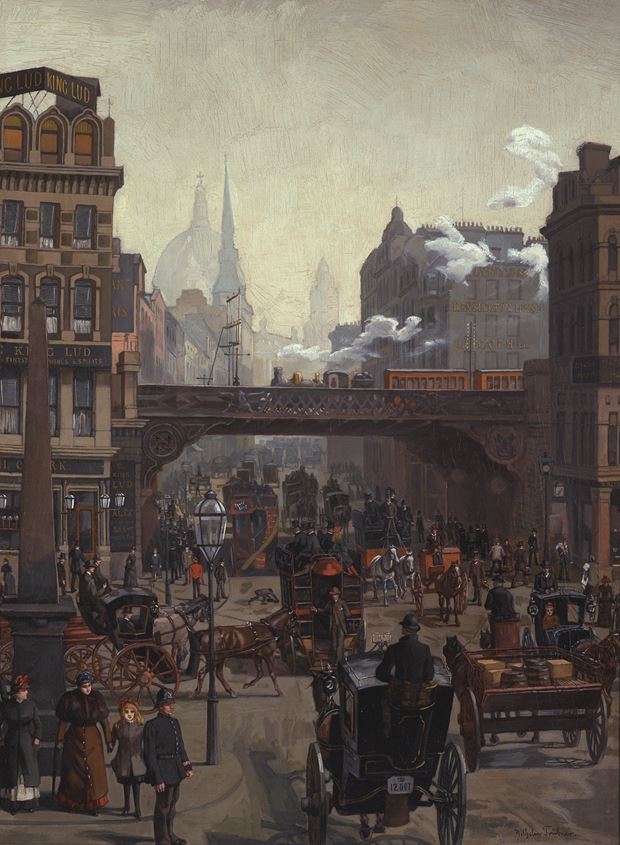 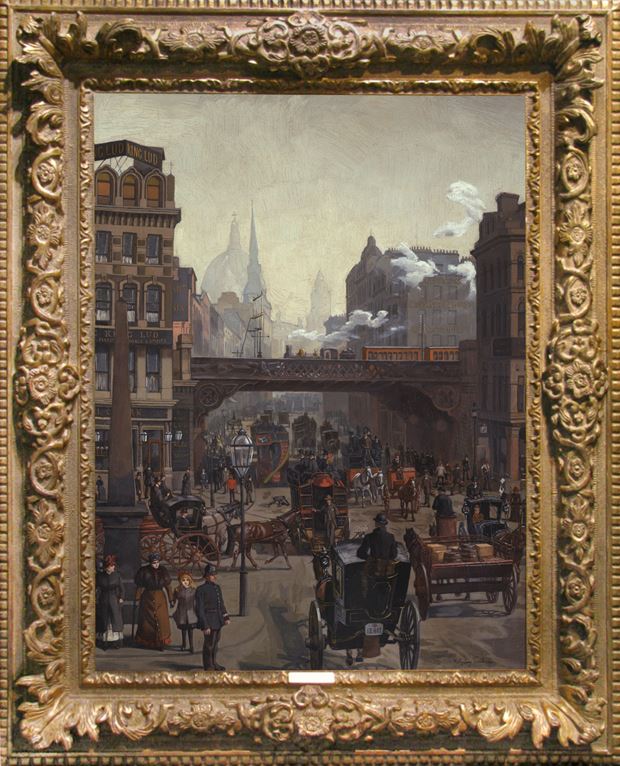 Wilhelm Trübner was born 3rd February 1851 in Heidelberg, the son of a goldsmith. Trübner was encouraged to study painting by Anselm Feuerbach (1829-1880), a painter of historical scenes. Trübner commenced his studies in Karlsruhe in 1867 under Friedrich Schick (1826-1875), and in 1869 moved to Munich to study with Alexander van Wagner (1838-1919) at the Akademie der Bildenden Künste. It was here in Munich that he also met Wilhelm Leibl (1844-1900) a highly influential artist who was to exert a significant influence on Trübner and many of his contemporaries. Trübner continued his studies in Munich with Wilhelm van Diez (1839-1907), and shared a studio with Hans Thoma (1839-1924). During the 1870’s Trübner travelled extensively in Europe, to Italy, the Low Countries and to Paris where he saw the works of Manet and the Impressionists. Trübner continued to live in Munich, painting the landscapes around the city; the Starnberger See, a lake outside Munich, provided Trübner with many subjects. In 1892 and 1898 Trübner published treatises on painting, emphasising the beauty in the painting itself as opposed to the subject matter. In 1896 Trübner was appointed Professor at the Sladiche Institute Frankfurt and in 1903 was appointed professor of the Akademie in his hometown of Karlsruhe, the position he retained until his death being, in addition, director 1904-1910. A painter of landscape, genre and historical subjects Trübner was a highly regarded painter of the New Realist School, having much in common with Max Libermann (1847-1935); Lovis Corinth (1858-1925) was a pupil of Trübner. His works can be found in museums in: Aachen, Bautzen, Bale, Berlin, Bielefeld, Bonn, Bremen, Breslau, Bucharest, Karlsruhe, Cologne, Chemnitz, Danzig, Darmstadt, Dresden, Dusseldorf, Erfurt, Frankfurt, Halle, Hamburg, Hanover, Harvard, Heidelberg, Leipzig, Magdeburg, Mannheim, Milan, Munich, New York, Nuremburg, Seattle, Stettin, Stuttgart, Vienna, Wiesbaden, Wurzburg, Zurich.
Read more 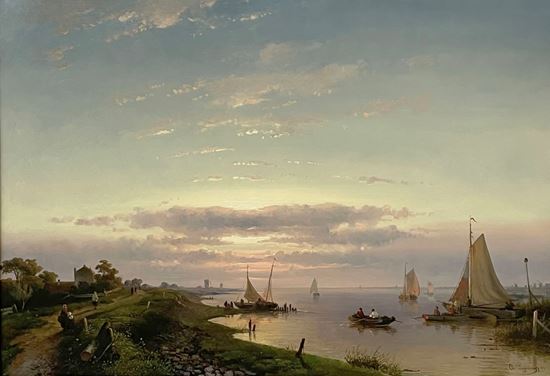 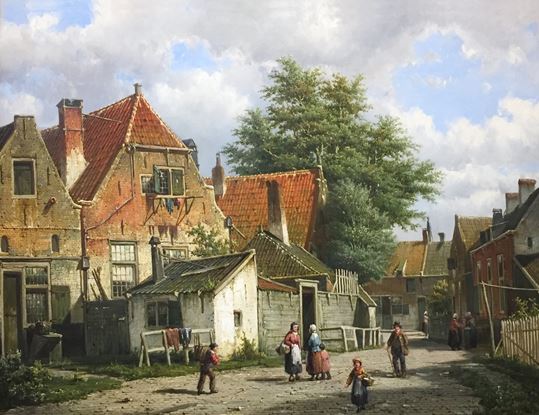