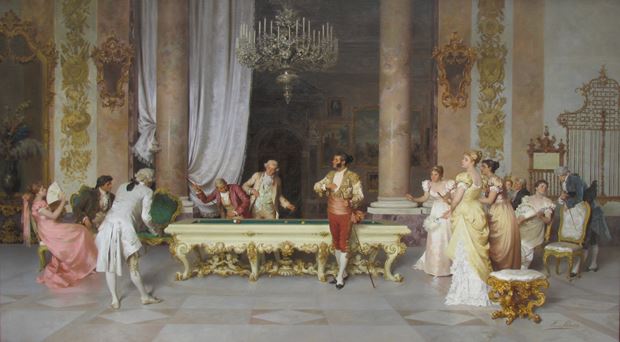 Francesco Beda was born in Trieste on 29th November 1840. A citizen of the Austro-Hungarian Empire, as an aspiring artist it was natural for Beda to travel the short distance to Venice, also a part of the Empire to enrol at the Academy where he studied under Karl von Blaas (1815-1894) Professor at the Academy. Von Blaas had previously been Professor at the Academy in Vienna to which he was later to return.

Beda was to specialise in portraits, and elegant 18th Century historical genre scenes with which he achieved significant success in the Empire and in England. He received numerous commissions from the aristocracy and the Imperial Court, notably the Empress Elizabeth and also numbered among his patrons, Bishop Strossmayer of Zagreb.

Beda also travelled to North Africa, painting in Egypt and travelled widely in the Empire. Beda’s renown lay in his magnificent tableaux with numerous figures, elegantly dressed in opulent surroundings showing a wealth of gilding and rich fabrics.

Francesco Beda died in Trieste, the city of his birth, 21st June 1900.

His works can be found in the museum in Trieste, Italy 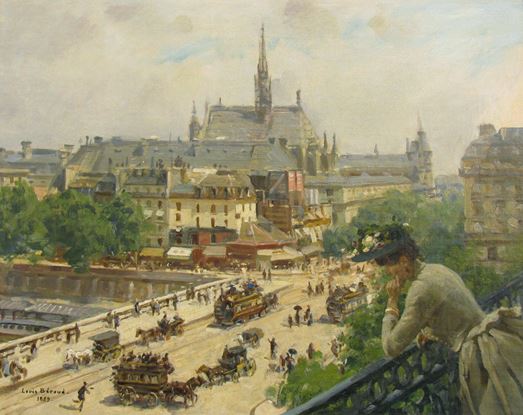 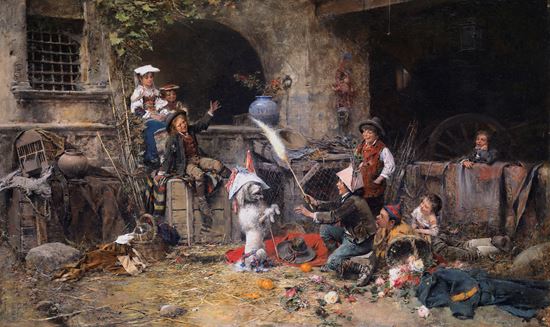