Emilio Sánchez-Perrier was born in Seville on 15th October 1855. He studied at the School of Fine Art in Seville under Joaquín Domínguez Bécquer (1817-1879) and Edouard Caro and subsequently under Carlos de Haes (1829-1898) at the San Fernando School of Art in Madrid. In addition to his early studies, he also met in 1871 the hugely influential painter Mariano Fortuny y Madrazo (1871-1949), and Martin Rico (1833-1908), with whom Sánchez-Perrier was later to become further acquainted in Paris.

Sánchez-Perrier made his debut at the National Exhibition in Madrid and in 1879 was awarded a gold medal in Cadiz. He subsequently moved to Paris where he entered the studio of Auguste Boulard (1825-1897) and additionally worked in the studios of Jean-Léon Gérôme (1824-1904) and Félix Ziem (1821-1911). The community of Spanish artists was particularly close in Paris and Sánchez-Perrier rapidly befriended Luis Jiménez y Aranda (1845-1928), staying at his studio on Rue Boissonade and following Aranda’s move to Pontoise, was a frequent visitor there, painting on the banks of the Oise.

In 1880 Sánchez-Perrier made his debut at the Paris Salon, exhibiting “Seville’s Aleazar Garden”, “Winter” and “Andalusia”, he was to become a regular exhibitor receiving an honourable mention in 1886 and a silver medal in 1889. It was in the 1880’s that the works of Jean-Baptiste-Camille Corot (1796-1875), his treatment of landscape and silvery light were, with the Barbizon painters, to have a profound influence on his work.

When he returned to Spain he formed an artist’s colony in Alcalá de Guadaíra, a forested region near Seville.

A painter of landscapes and genre Sánchez-Perrier also painted Orientalist works in Morocco. However, it was his landscapes of Andalusia and his river scenes, views on the Oise that established his international reputation.

In 1894 Sánchez-Perrier was appointed a member of the Société Générale des Beaux Arts and in 1903 a member of Seville’s Academy of Fine Arts. Sánchez-Perrrier died in Alhamar, Granada on 13th September 1907.

His works can be found in museums in: Pontoise; Seville; Brooklyn; Chicago and New York. 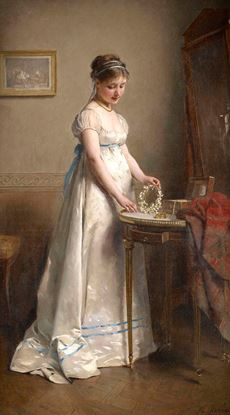 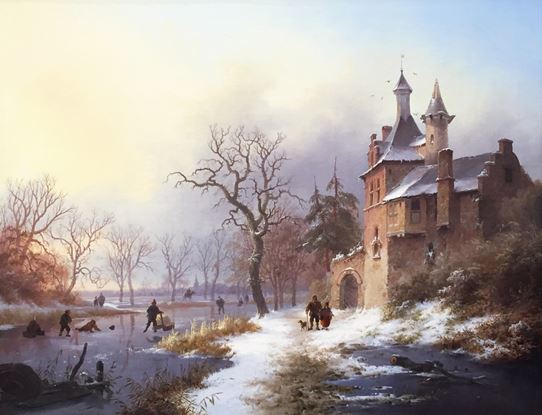